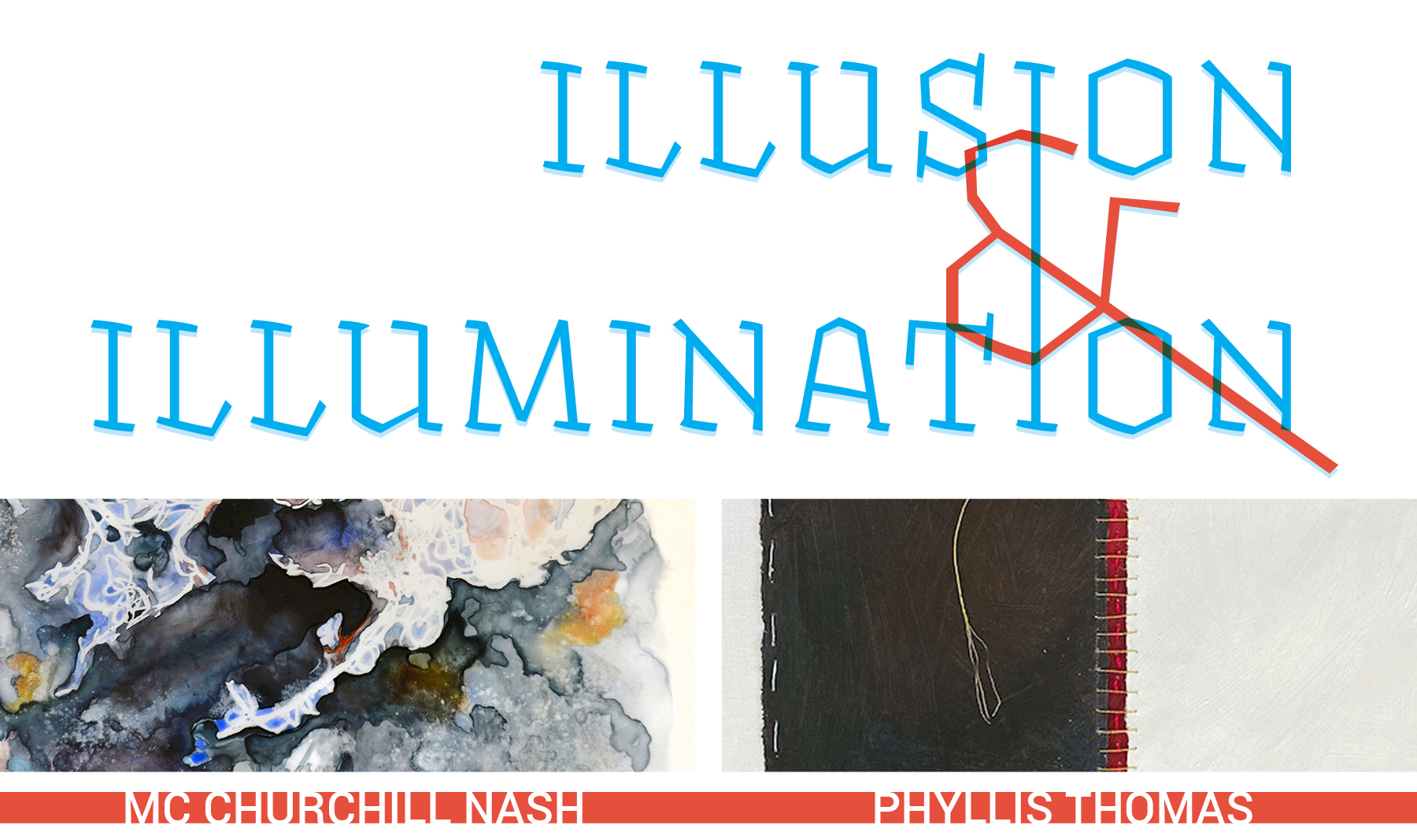 What does the eye or mind see? Is it the same? Abstract art from two different artists, perspectives, mediums and inspirations.

Avian Pareidolia is a series of watercolor interpretations of visual stimulus provided by the Eastern Phoebes that nest over my front door each spring. While dealing with the mess I kept seeing faces, animals, and interesting abstract shapes. “Pareidolia:” a type of illusion or misperception of stimulus — in my case the visual stimulus of bird droppings.

I have been working with transparent watercolor on Yupo for several years and found this medium on translucent Yupo, with some wax crayon as a resist, to be perfect to interpret these visual perceptions. Starting with the wax on Yupo in a blind contour drawing technique and then adding layers of watercolor to bring out the wax images. The unpredictability of pools of pigment on the Yupo add to the serendipity in the composition of each painting.

Meditations on Psalms, Lent and Life

This thoughtful collection of three series includes Pieces of Psalms, Days of Holiness and 2020 Reflections. While that may seem like a broad spectrum, they have the commonality of acrylic, stitching and square format. They were especially important to me during the upheaval of last year. Lent and Psalms kept me focused on my spiritual life instead of current events and the 2020 Reflections were responses to my emotions and prayers offered throughout the year.

When I work in series, one piece leads to another until I find my inspiration wanes or I have completed what I want to translate into a visual language. Because of my contemplative nature, my images are revealed through research, reflection, meditation and life experiences. They often include symbolism from a historical context which deepens the concept and offers the viewer a moment to slow down and ponder what the image may say to them. 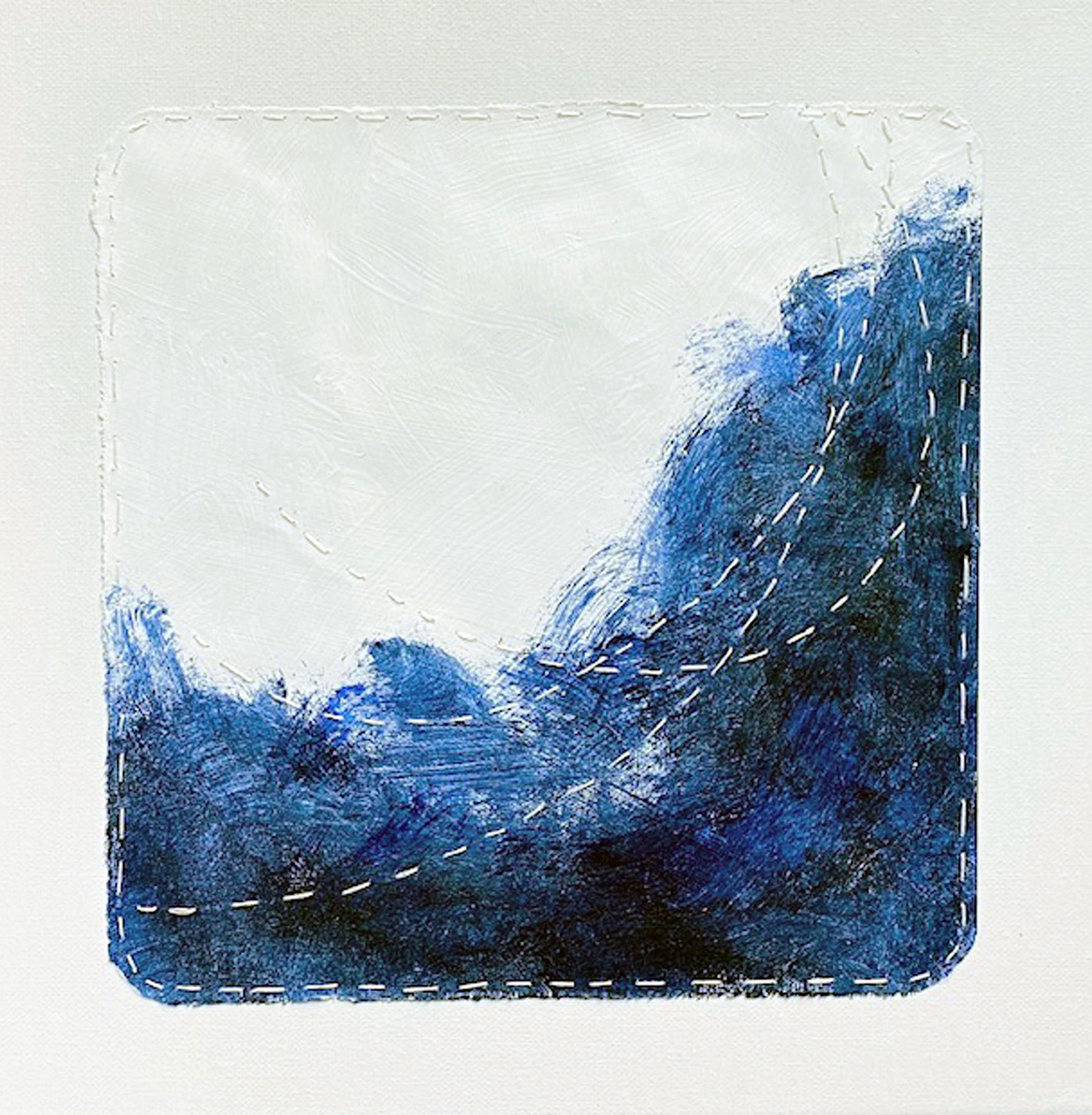 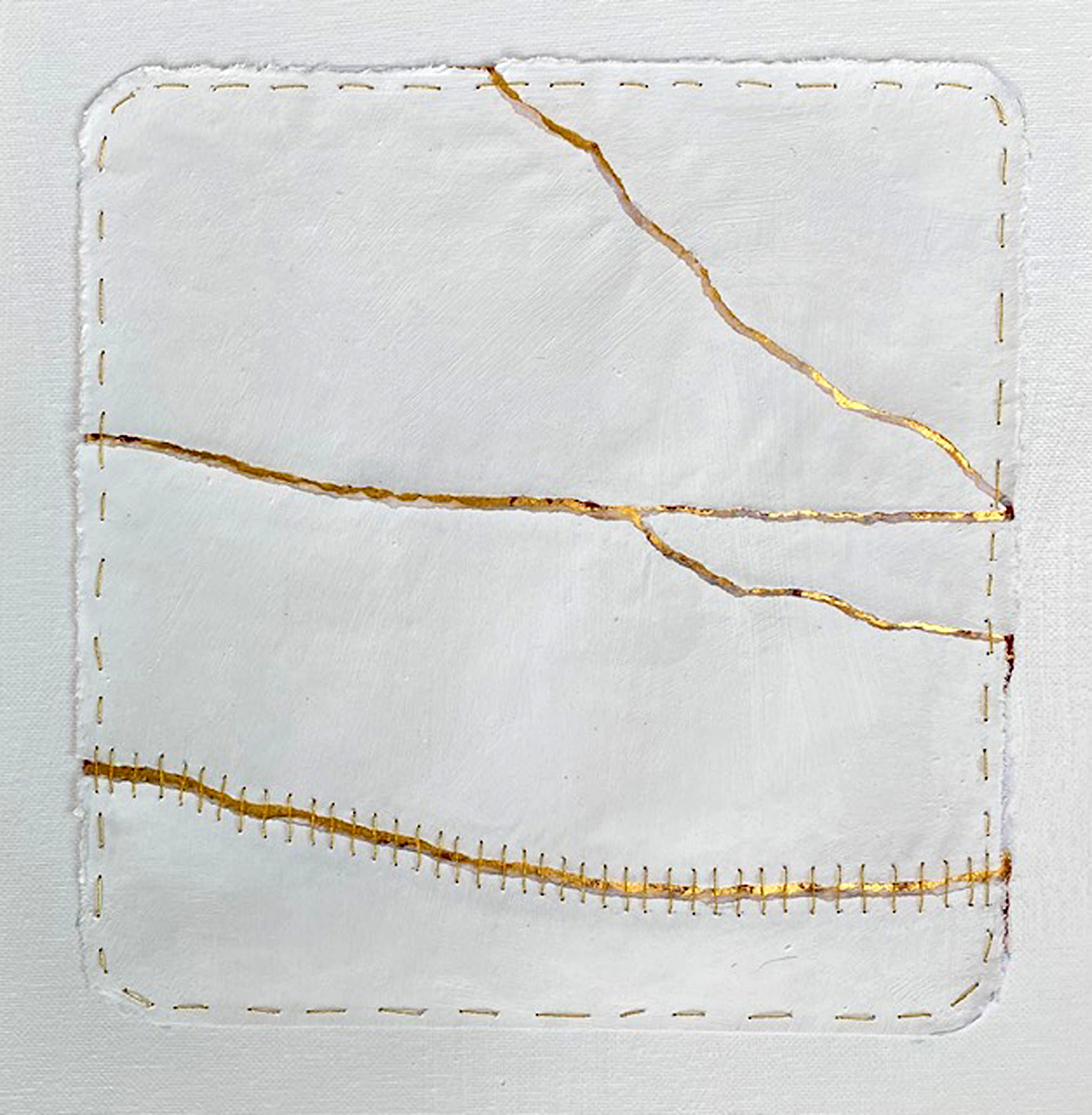 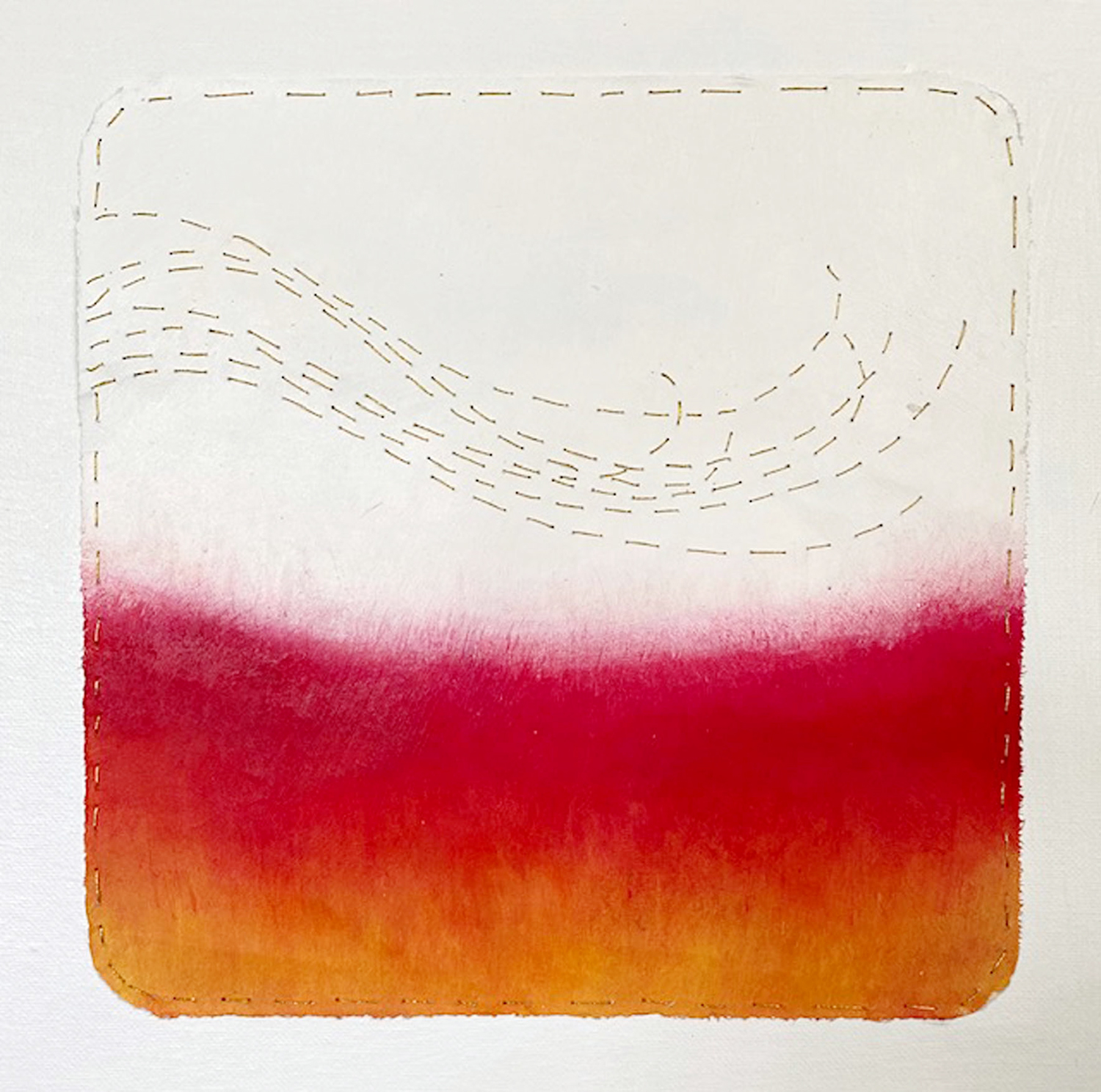 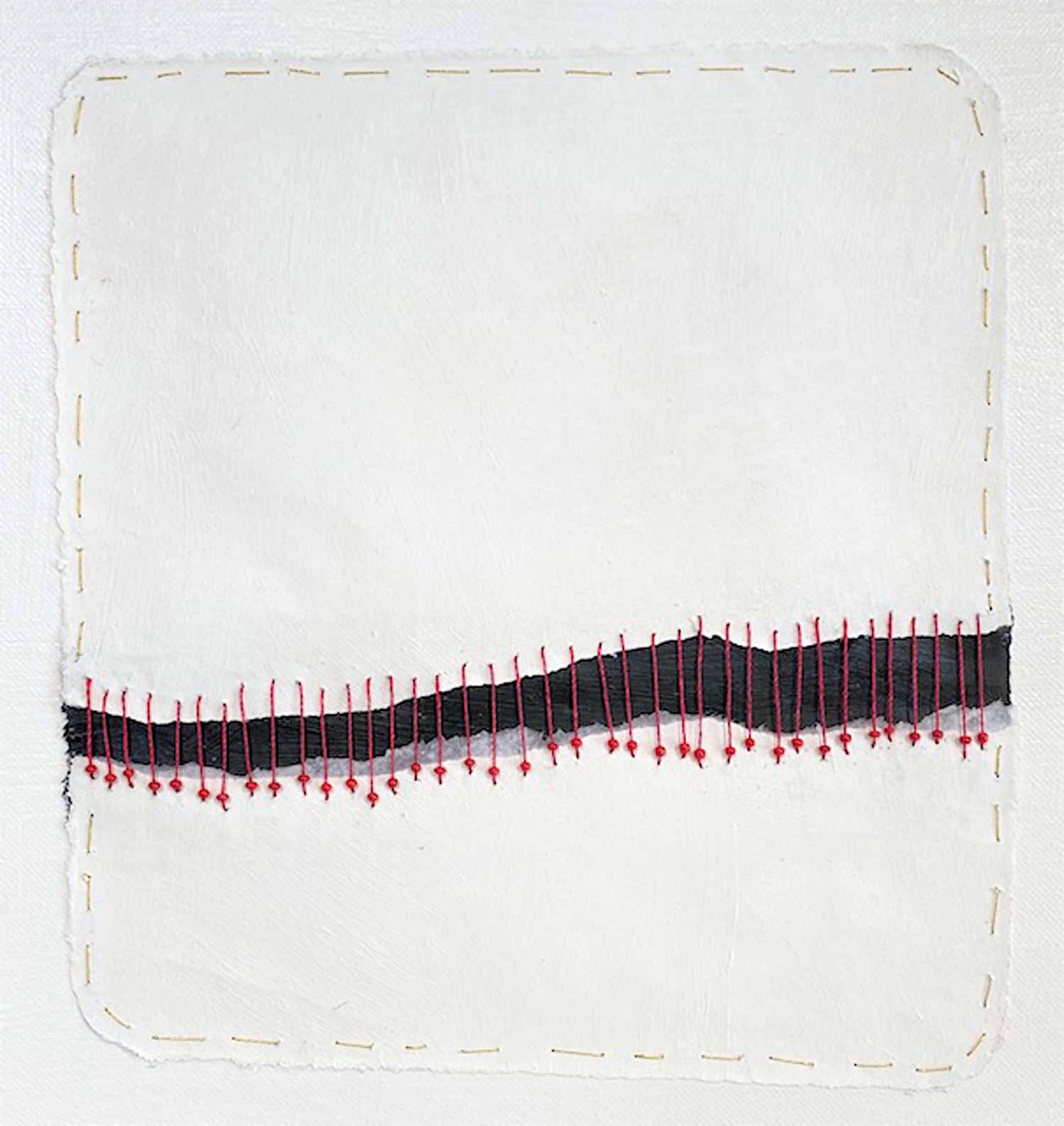 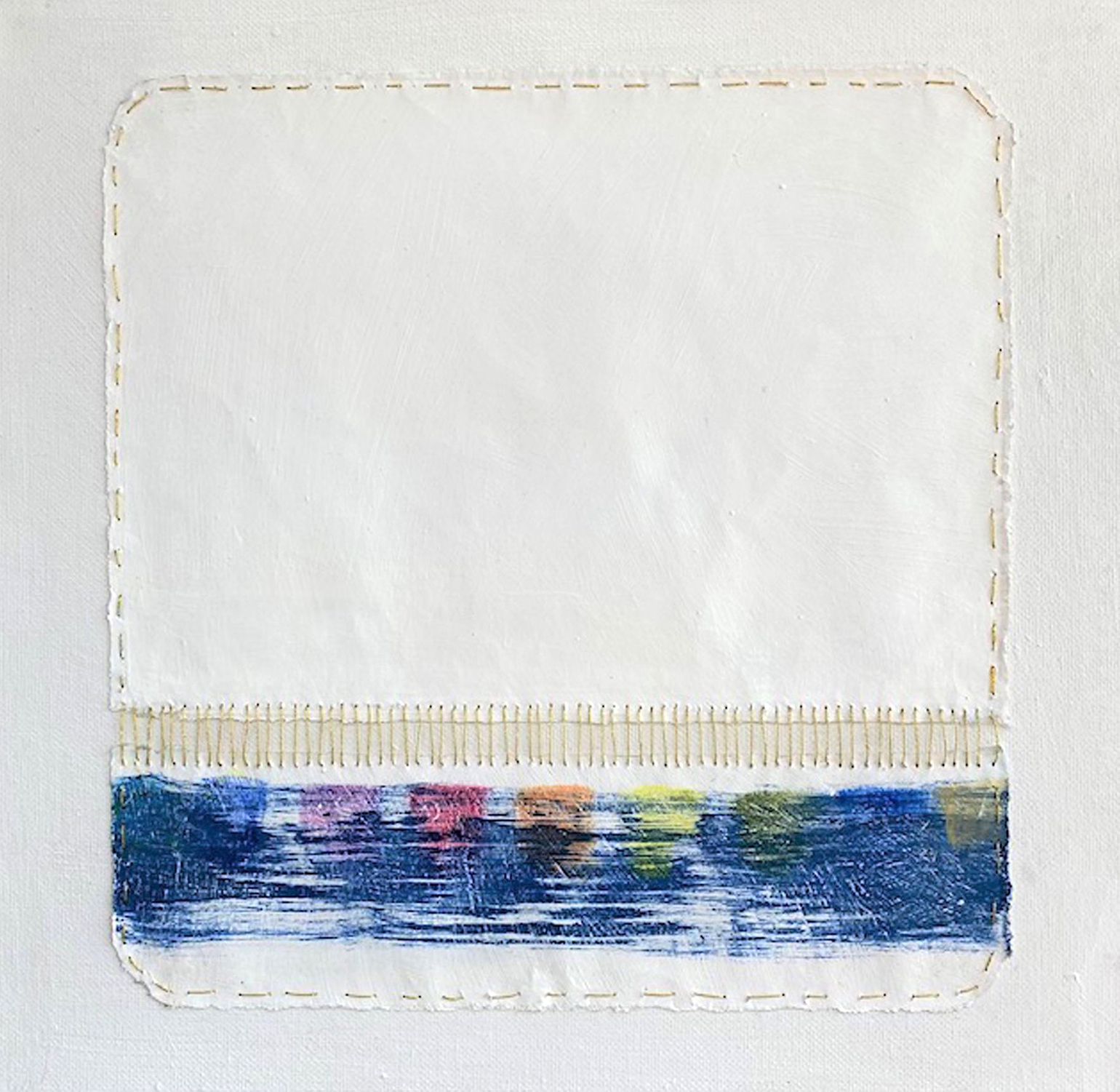 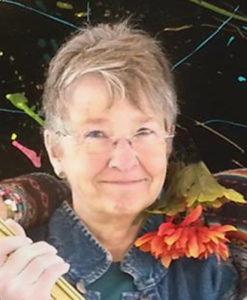 From an early age MC Churchill-Nash was surrounded by creative people and a variety of art forms — paintings, mobiles, music and books — this gave her a well-rounded taste of the arts.

Upon graduation from high school MC entered Sullins College in Bristol, Virginia. After Sullins she moved home to Knoxville and the University of Tennessee to complete her BFA. There Churchill-Nash continued to dip into various mediums not previously available (watercolor and stone lithography), plus many specialized art history courses. After taking her first watercolor classes she changed her concentration from oil painting to a combo of oil and watercolor. Watercolor instructor, Carl Sublet, taught various techniques using mixed media with watercolor that greatly influenced all her work on paper. The study of old masters oil painting techniques led to teaching classes in beginning and intermediate oil painting for the Tennessee Artists Association.

After moving to South Carolina Churchill-Nash’s activity has included several group shows and a solo gallery show in Charleston, SC; acceptance to ArtFields, a nine day juried festival open to artists in all media who live in the twelve Southeastern states; becoming a Member in Excellence in the South Carolina Watermedia Society; and juried in to the South Carolina Artisans Center. Participation in local Arts Council projects including exhibits, teaching workshops, and on-site demonstrations at AG+ART — an April event that pairs artists and crafts people with area farms for a multi-county self-guided tour.

Lately Churchill-Nash has been developing her watercolor and mixed media techniques, and while the subject matter is still primarily animals and people, the compositions are tighter cropped — breaking things down into basic shapes — as well as more abstract. Her color palette has become less realistic and more vibrant. Working on plate surface paper or board she likes to remove paint, reworking areas in a very non-traditional method from traditional watercolor. Discovery of Yupo as a base for pure watercolor has led to experimentation with fluid/pigment interactions on the non-absorbent surface and ever more intense color. 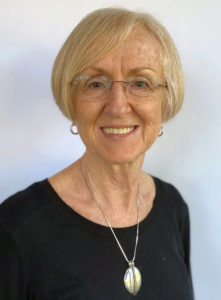 Phyllis Thomas’ art career began as an art educator immediately after completing a degree in Secondary Art Education from Manchester University, North Manchester Indiana. After teaching and marriage she changed directions and continents and joined her husband as a missionary with Cru to San Bernardino CA and Kenya East Africa where she and her family resided for nearly two decades. That journey enriched her life and still influences the colors and textures of her work.

Thomas returned with her family to the USA in 1997 and has spent the years since in an ongoing journey re-inventing her work as a painter and acquainting herself with the art community. As a former educator, she makes research and reflection primary to her contemporary water-media process and often uses thread, gold and silver leaf as enhancement and added texture. The artist has exhibited locally, nationally and internationally in solo, juried and community shows.

Phyllis’ art-making is not only about the art; it’s the people she meets along the way. Now residing in Florida with her husband, she has organized local community art events and workshops in Orlando, Grunewald Guild in Leavenworth WA, as well as Uganda and Kenya East Africa and is passionate about helping artists of the next generation pursue their creative calling.

ABOUT
The Courtroom Gallery 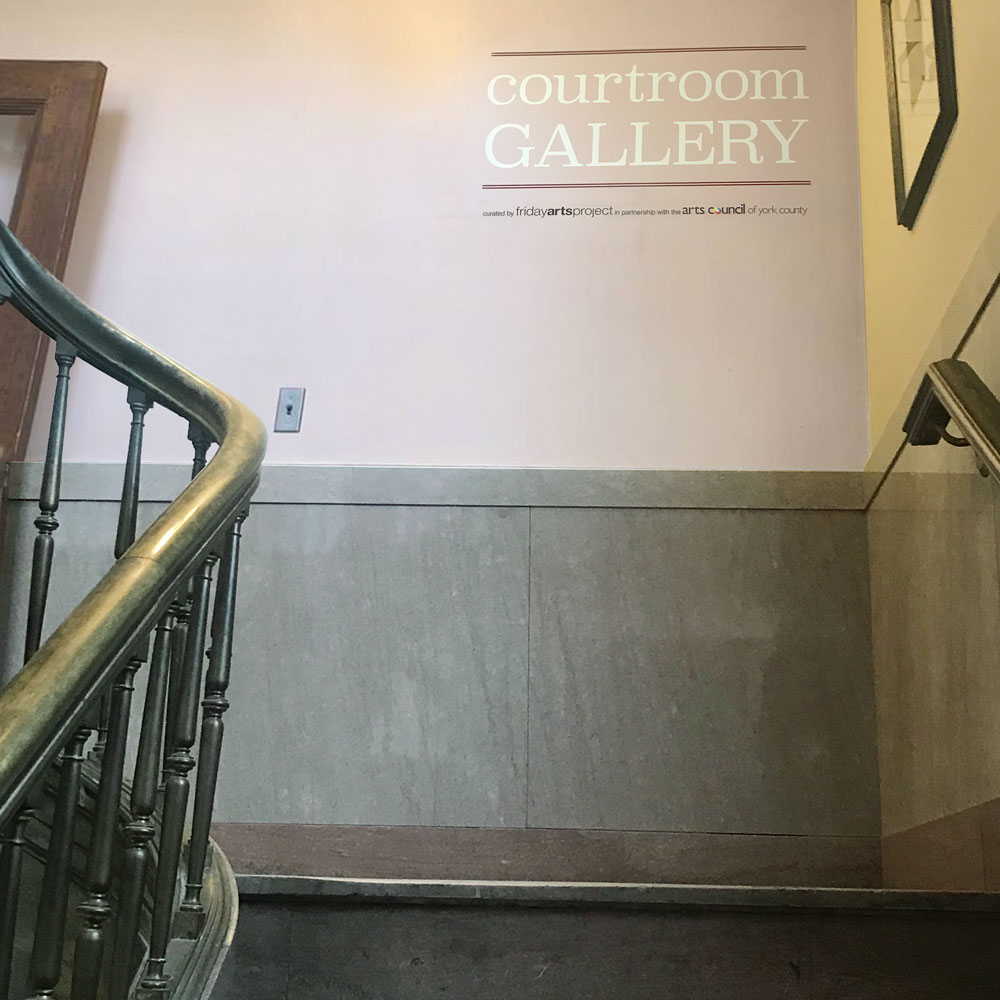 Thank you to our partners: